The wind park is situated in Bockstigen in Gotland, Sweden and was the world’s third offshore wind park, erected in 1998. The project consists of 5 pcs., 20-year-old, 550 kW Wind World turbines and the turbines have produced electricity since then.
LinkedIn
Email
Facebook 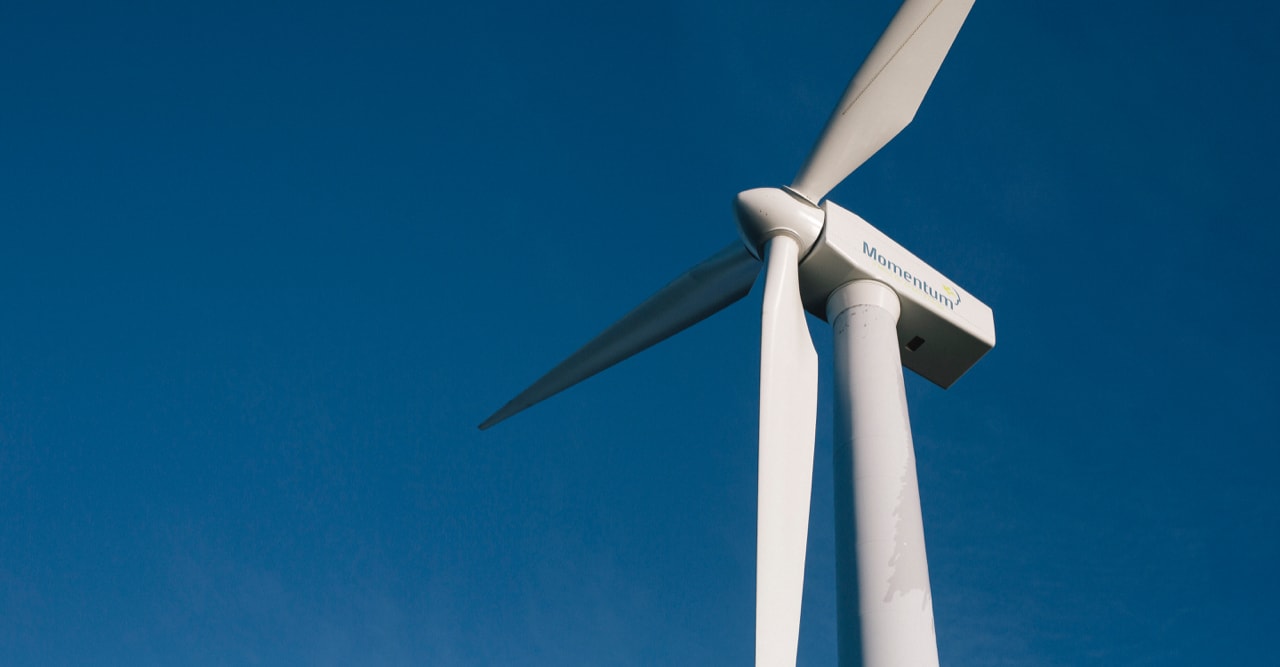 What did we do?

What was the outcome?

Technical lifetime extension of wind park by at least 15 years.

The wind park is situated in Bockstigen in Gotland, Sweden and was the world’s third offshore wind park, erected in 1998.

The project consists of 5 pcs., 20-year-old, 550 kW Wind World turbines and the turbines have produced since then.

By the time of decision, 4 out of 5 turbines was still running but very near the end of their technical lifetime.

Low electricity prices and no subsidies had created an insecure future for the project and decisions needed to be made.

From plan to execution

Bank finance was arranged from banks and equity injected from owners to be able to perform the repowering. Momentum organized the purchase of used Vestas V47 turbines (wings and nacelles) in Germany and refurbished them in Denmark. The old turbines were replaced with new refurbished and the old were dismantled and decommissioned. All 5 turbines back in full operation in November 2018. From planning phase to operation phase, it took less than one year.

A sustainable approach to repowering

The use of refurbished main components such as gearboxes, wings, generators etc., was the first example of its kind in the area, giving new possibilities in similar projects.

From end of lifetime to an expected long-term double digit IRR on gross investment at market conditions (no subsidies).

"By completing this project, Momentum has shown, that we can assist owners of old wind turbines with extending the lifetime of their investments, under very difficult conditions as offshore is. We have been in charge for the complete supervision of all processes including identification and purchase of used turbines, renovation of blades, nacelles and main components, to transport and installation of refurbished turbines and dismantling and decommissioning of old wind turbines. The project is a result of a demand from investors side as these today expect, and demands, that their asset manager is involved in all processes that can improve the yield of their investment, and reduce their financial risk."

Next project is on the way

The Project shows that in many cases it is a better, and perhaps even the only, solution, to recycle and renovate old wind turbines and replace the existing and technically worn-out wind turbines with these.

Momentum Gruppen A/S therefore expects the wind turbine owners to increasingly look for similar solutions in the future, where the economy or local limitation or hinder the erection of new, large and modern wind turbines.

Momentum Gruppen A/S is already in the process of the next project in Sweden, where altitude restrictions in the area make the use of refurbished and technologically updated wind turbines the only economically viable option for the erection of wind turbines in the area.

Do you want to know more about the project, or about how we can help you?

Be in the know

Our newsletter contains cases, news, recommendations, market information, and other articles that we hope you will find interesting.

LinkedIn
Write us an email